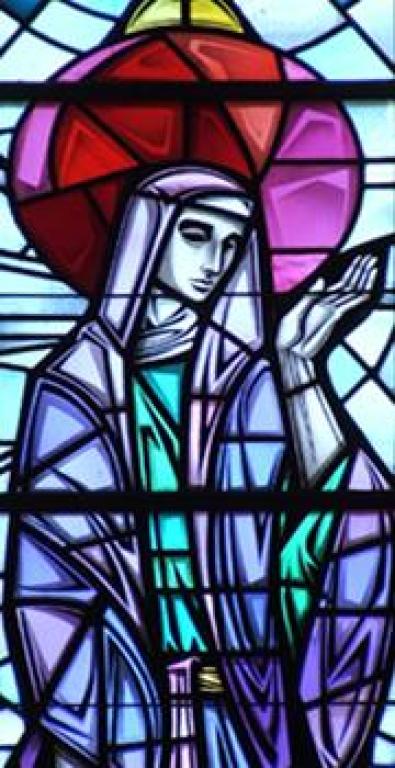 Who was St. Monica? She’s not as well known as her son, St. Augustine. But by her faithful intercession and prayers for him, she helped redirect his life towards God’s plan.God planned for Saint Monica to play several roles in her life, not the least being a wife and mother. She was a North African woman given by her parents to marriage to a Roman soldier,so undoubtedly there was conflict in their marriagebetween her strong faith and his non-Christian beliefs. Although eventually he converted to Christianity, impressed by his wife’s virtues and charity.Augustine, their oldest child, received a good education, though regretfully one that drew him into heretical beliefs. Saint Monica’s response was that of a mother: prayer and fasting for her son … following him to Rome and Milan,when he eventually turned away from his wayward life and converted.No wonder she is the patron saint of “patience”, and “mothers”, in some respects the original “helicopter mom.”