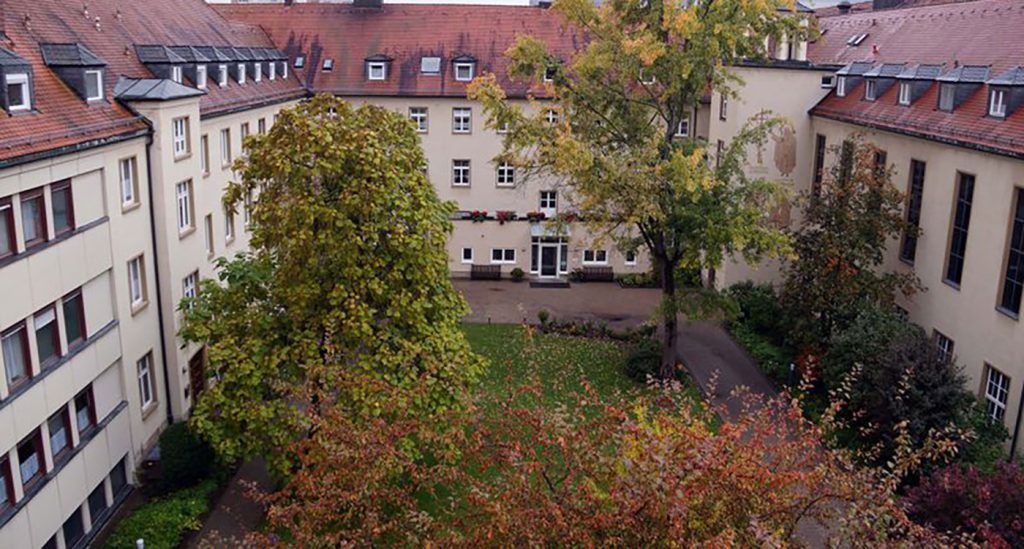 The Courage to Take Risks

The foundation of the Sisters of Saint Rita was an answer to the need of that time. Father Hugolinus Dach, an Augustinian priest from Wuerzburg, Germany, recognized a tremendous need for a special apostolate; family care. During his priestly visits to the families, he saw great physical and mental problems, especially when the mother was sick.

On October 8, 1911, he started a group of Sisters to take care of that need. He placed this group of five young women under the patronage of St.Rita.

On December 9, 1917, the Sisters took the habit and started to say the daily Marian office.

On October 2, 1959, the Congregation was placed under the care of the Bishop of Wuerzburg, with official approval from Rome.

Our Foundation in the United States

On December 18, 1935, four young sisters were sent to Bolivia to help the Dutch Augustinians in their mission. At the end of July 1939, the sisters left Bolivia. Because of the second World War, it was difficult for them to return to Germany. However, they were able to go to the Augustinian Fathers in New Hamburg, New York, to help with the domestic work.

In 1936, the community is aggregated to the Augustinian Order. (O.S.A)

On June 27, 1942, the Sisters came to Racine, Wisconsin. The German Augustinians had opened a new parish, Saint Rita, and needed the help of the Sisters.

They remained there until 1965, when they left Saint Rita’s parish and started Saint Rita’s convent, with the dream to build a Senior Citizen Home. On February 1, 1971, Saint Monica’s Senior Citizens Home was opened. Today, we minister to the needs of 110 residents and their families.