Living today in the midst of upheaval

After many cloudy days, the sun came out again on February 5th. It seemed like a sign from heaven for the younger sisters to meet in the community. As a result of the pandemic, we hadn't been together in this circle for a long time to exchange ideas.

The words "quick-witted/confident/future" were given as impulses for the mood around. The mood that became clear in the group was "cheerful to cloudy". Conclusion: Despite the current difficult situation in church and world, despite many changes and upheavals within and outside of the community, the confidence and trust in God's spirit, which works in the present and needs open hearts, prevails.

In the following verse of the scripture about the sea storm and the rescue of Peter (Mt 14, 22-33) we were invited to keep looking at Jesus and to trust him. “I've learned to look to Jesus no matter what,” one sister said.

In the afternoon we were able to work in four small groups on texts about religious life today. "Make room for your tent" from Isaiah 54 is an invitation for religious in today's troubled world to "make room for Christ and for those who live on the margins," writes Sr. Patricia Murray IBMV. "We are called to pour out the love we receive from the Lord back into the world - into our communities, into the church and into society."

The same article also addressed embracing our weaknesses: “We experience the cycle of suffering, death, and resurrection on a personal and organizational level.” The group realized in the conversation that it is about believing and living what we believe in every saint Praying Mass: "We proclaim your death, O Lord, and we praise your resurrection..." In the midst of today's chaos, which feels like a desert time, a waiting time, like Holy Saturday, it's about believing that something new will happen. And the Sisters were encouraged by Pope Francis: "We are heirs of our ancestors (...) who had the courage to dream."

A group is also dealing with the death of the orders in our time based on a text by Stefan Kiechle SJ; this is happening "slowly, half secretly" and it is "an unbelievable loss" for the church. The Sisters considered the many questions that concern us religious today and came to the understanding that religious forms will die, but religious life itself will live on. And they remembered the "devotion of the ancient religious."

A group read the poem found on a Little Sister of the Sacred Heart after she was murdered in Algiers on November 10, 1995. It begins with the sentence: "Live today. God gives it to you, it is yours. Live it in Him. Tomorrow belongs to God.” Sr. Elisabetta Flick SA writes: “Prayer opens us to change to what God has in store for us in the future.” want to endure it, accept it or reject it.” It became clear: It is God who gives the future. It is up to us to live today and to trust HIM.

The spiritual day together ended with an exchange on the different lyrics and the song “Walk under grace, walk with God's blessing, walk-in his peace whatever you do. Walk under grace, listen to God's words. Stay close to him whether you are awake or at rest” by Manfred Siebald.
And we said goodbye with the feeling that it had been a good day. 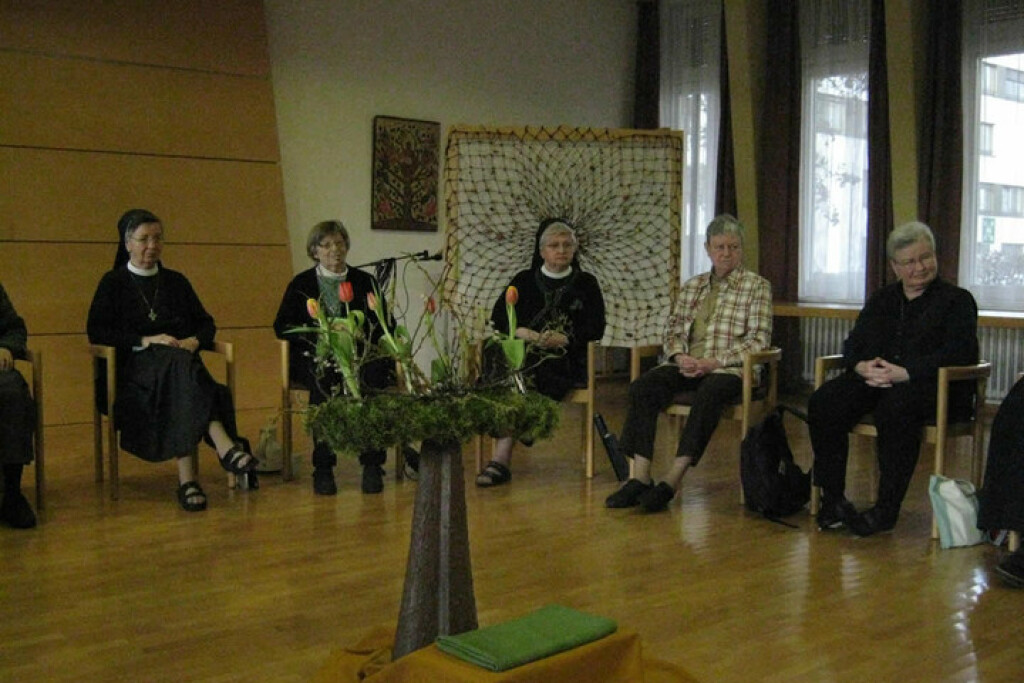 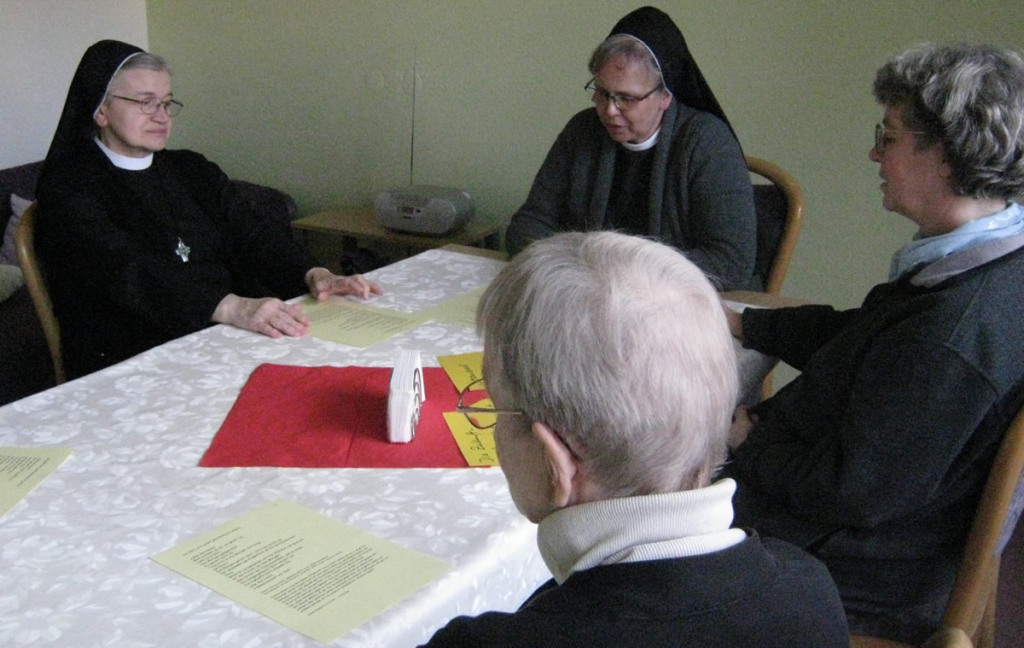 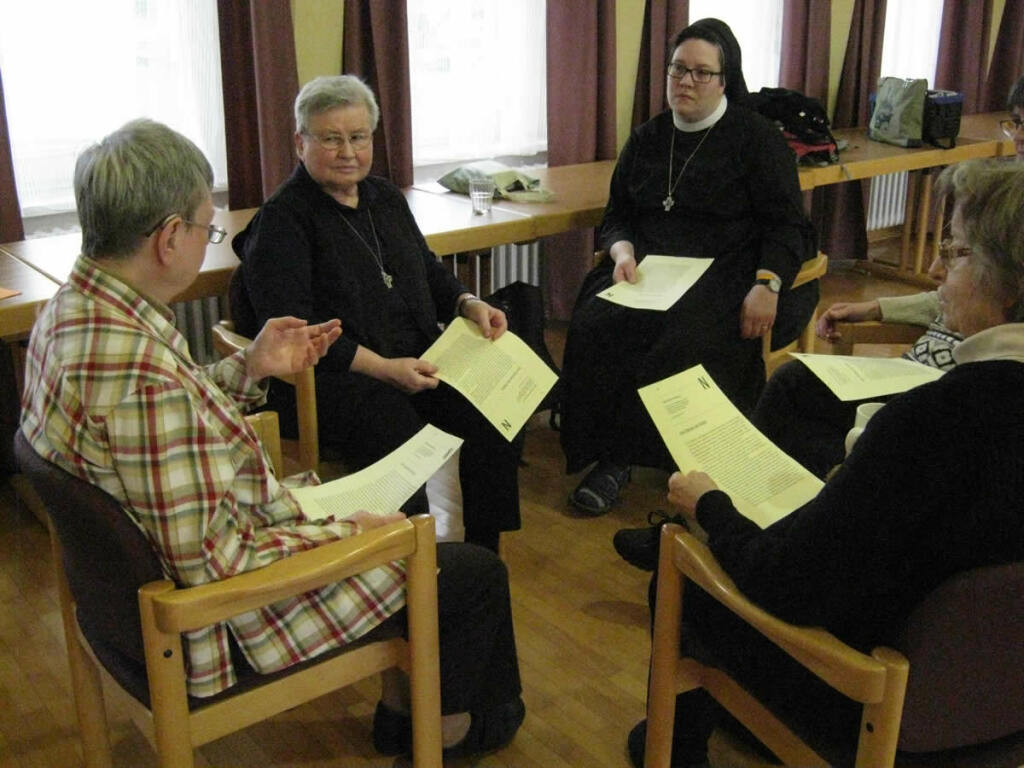