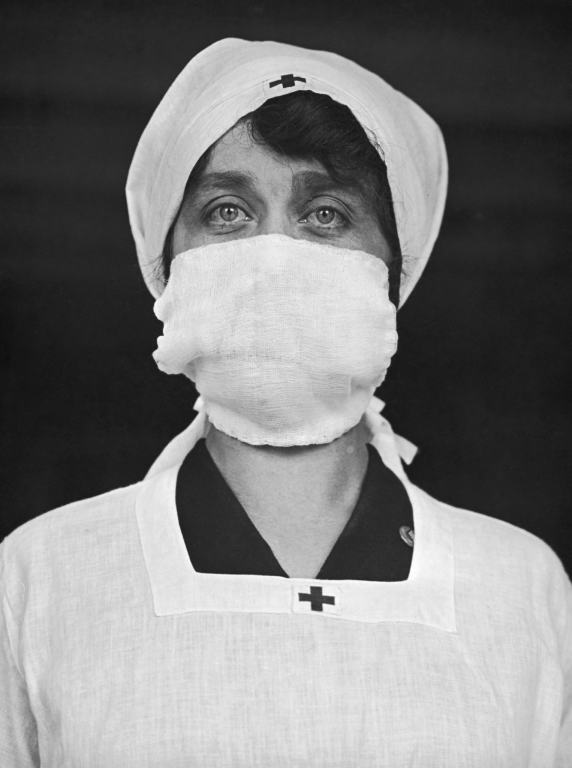 The sisters of Philadelphia were lifesavers during the Spanish flu epidemic. They are an inspiration today. A few years ago, I set out to research my grandmother’s early childhood in Philadelphia, looking for clues about what the world was like in the first precarious years of her life. I knew that she was born in October 1917, that she had lived through the Spanish flu pandemic of 1918 as a baby, but I was unprepared for the harrowing details I uncovered in my search.

Reading about the fall of 1918 left me grappling with a series of images of the outbreak as it was experienced locally: hushed streets, shut doors, bodies piled up in basements and on porches because the morgues had run out of coffins. Businesses and public spaces citywide were shuttered, including churches, schools and theaters. In a single day, on Oct. 16, more than 700 people in Philadelphia died from influenza.

But as I read the first alarming headlines about the coronavirus in January, what came to mind from my family research was one particular document, an oral history published in 1919 by the American Catholic Historical Society of Philadelphia to preserve living memories of the Spanish flu. “Facts unrecorded are quickly lost in the new interests of changing time,” its author began; here, he meant to “gather information for the future.” Within these unassuming pages, I found the story of an extraordinary act of generosity and compassion, carried out at the height of a pandemic. Titled “Work of the Sisters During the Epidemic of Influenza, October 1918,” within this document was evidence of the enormous human capacity for personal sacrifice in the name of public good.

In early October, the Red Cross warned that Philadelphia did not have enough nurses to treat and minister to the sick, whose numbers were growing rapidly. “The nursing forces of the city have been depleted by the war. There was a serious shortage in many of the hospitals before the epidemic broke upon us,” an official cautioned. “Now it is a matter of life and death.” It was in this tense atmosphere that the archbishop of Philadelphia called on nuns in his diocese to leave their convents and take up posts caring for the sick and dying across the city. Although most of the nuns had little experience of the outside world and no medical training, 2,000 sisters answered the archbishop’s call. They signed on for 12-hour shifts, navigating the unfamiliar streetcar system through a city made still with fear. Dressed in white gowns and gauze masks, the sisters treated patients who represented a cross section of Philadelphia: immigrants from Italy, Ukraine, Poland and China; black families, Jewish families, and the city’s poorest, its orphans, its homeless and destitute, all in need of care.

They tended to stricken men, crammed 30 to a ward, with the dirt from their factory jobs still smeared on their faces and hands. Hallucinating patients tried to climb out of windows, tore at the bedsheets, threw glass tumblers at their nurses and begged God for mercy. In private homes, the sisters found parents dead in their beds while their hungry children cried in the next room. “The windows were closed tightly, and we felt we could taste the fever,” one nun recalled later.

They washed linens, served hot soup and mixed medicine. They brought water, ice, blankets and comfort. “The call ‘Sister’ could be heard every minute during the night,” one remembered of her hectic shifts. Another spoke about her initial trepidation on her first day: “I was struck, at first, with a fearful dread, for I never came in close contact with death but once in my life. But realizing what must be done, I quickly put on my gown and mask, and being assigned to the women’s ward, I began my duties.”

My grandmother and her family survived, huddled inside, as the flu roared through the city. They were lucky: By the epidemic’s end, 23 of the sisters had died from the flu, joining the more than 12,000 Philadelphians who were killed in the six short weeks of the outbreak’s peak.

In November 1918, the commissioner of health in Pennsylvania recognized the sisters’ work. “Without the services rendered by these good women many additional lives would have been sacrificed,” he wrote, noting his “sincere appreciation.” In December, the mayor of Philadelphia thanked the sisters for their help during the flu’s worst season. “I have never seen a greater demonstration of real charity or self-sacrifice than has been given by the sisters in their nursing of the sick,” he said, “irrespective of the creed or color of the victims, wherever the nuns were sent.”

Plagues of every kind make people mistrustful of one another; we turn inward, suspicious of strangers. Along with illness, pandemics spread self-preservation, panic and xenophobia. I think this is why this collective act of service in the face of such risk has stayed with me, and why I’m reminded of it now, as I read stories about heroic health care workers battling the coronavirus in Italy, China and the United States.

While most people have no reason to fear the coronavirus, we have a responsibility as a society to protect and care for those who do have reason to fear it. The sisters’ quiet, determined selflessness is what is needed now, and what we will need more of in the weeks and months to come, not only from doctors and nurses but also from ordinary people, who will be asked to alter their daily lives in ways both large and small, giving up comfortable routine for the sake of the vulnerable, and helping to patch over the constellation of individual holes in our ragged social safety net.

One hundred years on, the work of the sisters provides us a model to follow and aspire to in this uncommon time: one that presses us to look for ways to support our neighbors rather than shrinking from them, to acknowledge our fears but to find courage in the strength of our communities, and ultimately to put others before self.

Kiley Bense (@kileybense) is a writer and journalist.

The Times is committed to publishing a diversity of letters to the editor. We’d like to hear what you think about this or any of our articles. Here are some tips. And here’s our email: [email protected].